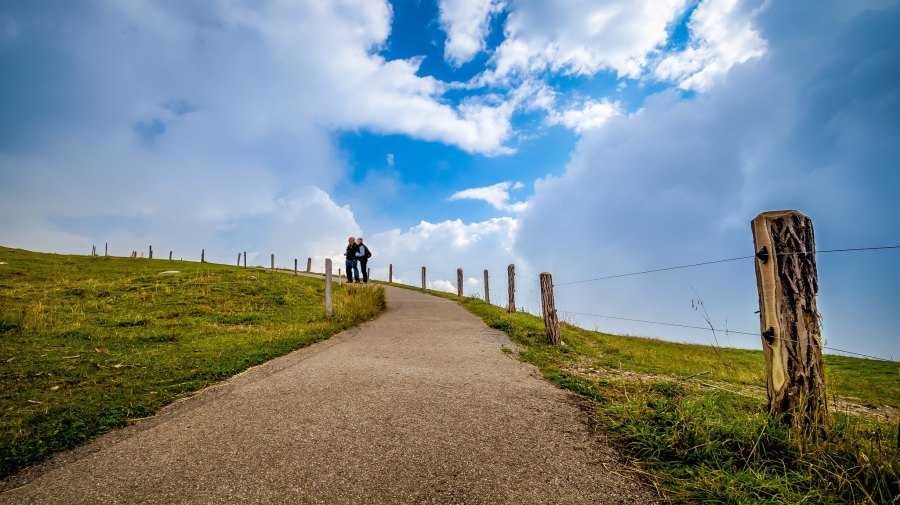 When you think about what it means to be a good citizen of our country someone like Louie Zamperini may come to mind. A while back I read a book by Laura Hillenbrand entitled Unbroken in which she chronicles Louie’s life.

Louie was drafted into the armed services in his twenties to fight in WWII, and he ended up in the Air Force. Before Louie accepted his draft orders, he was an amazing runner, an olympic hopeful, someone who was on pace to run a mile in under 4:00 minutes. If you are wondering, that’s fast, really fast! You have to sustain a speed of 15 mph in order to run a 4 minute mile.

Even though Louie was fast, he believed serving his country was more important than his own hopes, dreams, and aspiration, so he took up the fight alongside his fellow servicemen. I don’t want spoil his story for you. Let’s just say his time in the Air Force was no cake walk. A downed airplane, lost at sea, POW camp, and ultimately forgiveness. These are the threads that run through the book and Louie’s life.

When we look at a man like Louie, we can all agree that he is a good citizen of this country. He put others first. He considered the welfare of the nation over his own. He is someone who lives in a manner worthy of being an American.

But what about a Christian?

What does it look like to live in a manner worthy of the gospel of Christ?

Paul tells us what it looks like to live in a manner worthy of the gospel in his letter to the Philippians. Beginning in verse 27 of chapter 1 we read,

“Only let your manner of life be worthy of the gospel of Christ, so that whether I come and see you or am absent, I may hear of you that [I want you to take note of what comes next because this is where he starts to tell us what it means to live in a manner worthy of the gospel] you are standing firm in one spirit, with one mind striving side by side for the faith of the gospel, and not frightened in anything by your opponents. This is a clear sign to them of their destruction, but of your salvation, and that from God. For it has been granted to you that for the sake of Christ you should not only believe in him but also suffer for his sake, engaged in the same conflict that you saw I had and now hear that I still have.”

From the text above, we gather that living in a manner worthy of the gospel looks like us:

(1) Standing firm with one another in the faith.

In order for that to happen, we must not only understand the core doctrines of Christianity and the gospel, but we must also be willing to contend, to strive side by side for the truth of the faith. We must work together to spread the gospel and promote our faith, even in the face of persecution. Persecution is going to come. When it does, we must be ready and willing to take it head on. In order to do that, we need others standing next to us. No soldier goes into battle by themselves. We must not enter into the battle alone either. To be sure, living out the Christian faith is to live in the middle of a war, a spiritual war. We must not be naive or ignorant of that. We must come together, then, with one another striving side by side for the faith.

(2) Living in unity with one another.

Following up what he just said beginning in verse 1 of chapter 2 Paul writes,

“So if there is any encouragement in Christ, any comfort from love, any participation in the Spirit, any affection and sympathy, complete my joy by being of the same mind, having the same love, being in full accord and of one mind.”

Now, one of the things I believe Paul is trying to get across here is that the gospel should bring us together, and it should do that because we are all saved in the same way. We all need all of Christ’s righteousness credited to our account. That’s because we are all bankrupt sinners who can do nothing to get ourselves out of debt.

Along with holding our need for Christ’s righteousness up as a means to bring us together. Paul also brings the Spirit into the equation. He says that we all have the same Spirit working in us. The Spirit provides us with encouragement and comfort. He helps us to grow in our Christian walk. As well as equips us for the work of ministry among other things.

(3) We must consider others to be more significant than ourselves.

Paul is not only hinting at that idea in verses 1 and 2, when he calls us to unity, but he is specifically telling us that here. We can’t think ourselves better than someone else and then seek unity with them. It doesn’t work like that. Paul is not only hinting at this idea in verses 1 and 2, but starting in verse 3 he explicitly tells us that we must consider others more significant than ourselves.

After telling us what we must think of others, he follows that up with the example of Christ. Let’s look at that. Paul writes,

“Do nothing from selfish ambition or conceit, but in humility count others more significant than yourselves. Let each of you look not only to his own interests, but also to the interests of others. Have this mind among yourselves, which is yours in Christ Jesus, who, though he was in the form of God, did not count equality with God a thing to be grasped, but emptied himself, by taking the form of a servant, being born in the likeness of men. And being found in human form, he humbled himself by becoming obedient to the point of death, even death on a cross. Therefore God has highly exalted him and bestowed on him the name that is above every name, so that at the name of Jesus every knee should bow, in heaven and on earth and under the earth, and every tongue confess that Jesus Christ is Lord, to the glory of God the Father.”

Now there is a lot in there, but for the sake of today’s post, what I want you to see is that we must have the mind of Christ.

I believe, if we all took this command to heart, then conflict and disunity in the church would cease. But conflict continues, which tells us that we haven’t taken this command to heart. Instead, we continue to think about and do what is best for self.We care more about our own comfort, desires, and wants than others. But if we want to live in a manner worthy of the gospel of Christ, then we must humble ourselves, counting others more significant than ourselves.

Closely related to the last and contained in that grouping of verses is the idea of self-sacrifice, which tells us that living in a manner worthy of the gospel mean that:

(4) We must serve and love others self-sacrificially

When it is hard for us to serve or love others, we should think about Jesus. How He loved and served us when we were unlovable. How He gave Himself for a people who were His enemies, so that we might experience the blessing of salvation. That’s self-sacrifice. That’s counting others more significant than yourself right there. Jesus died so that His enemies could experience the blessing of eternal life.

If we want to live in a manner worthy of the gospel of Christ, we must do the same. We must serve and love others self-sacrificially.

Lastly, we learn that those who want to live in a manner worthy of the gospel of Christ must shine as lights.

(5) We must live in such a way as to shine as lights in this dark world.

Look at the text starting in verse 14,

“Do all things without grumbling or disputing, that you may be blameless and innocent, children of God without blemish in the midst of a crooked and twisted generation, among whom you shine as lights in the world, holding fast to the word of life, so that in the day of Christ I may be proud that I did not run in vain or labor in vain. Even if I am to be poured out as a drink offering upon the sacrificial offering of your faith, I am glad and rejoice with you all. Likewise you also should be glad and rejoice with me.”

In these verses, Paul shares a number of things with the Philippians. One of which is that he wants them to live in such a way that they are able to shine as lights in this dark world. When the world looks at us, they should see a people who are different.

What differences should they see? Paul points out some of the differences that should be apparent in the lives of those who are Christians. He says that:

These, then, are some of the ways that we might shine as lights in the world and live in a manner worthy of the gospel of Christ.

Post developed from my sermon: What Does it Look Like to Live in a Manner Worthy of the Gospel of Christ?