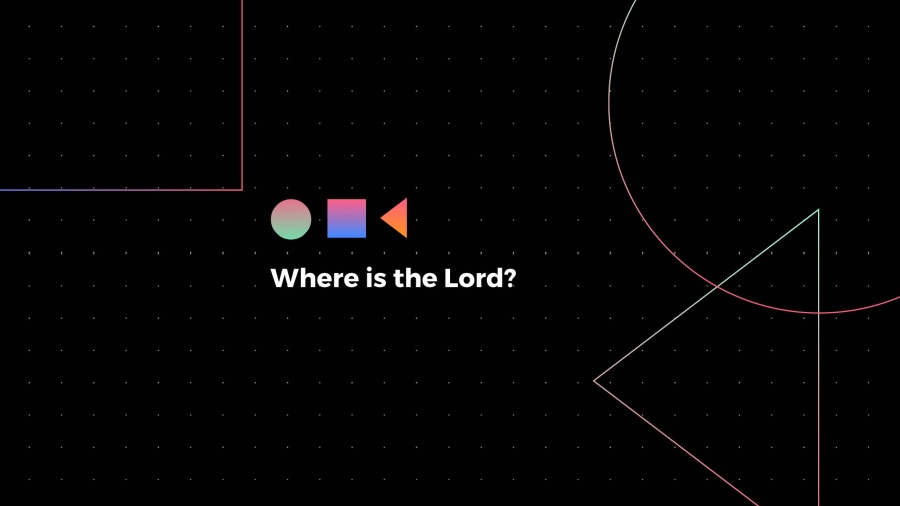 Where is the Lord? Has He forsaken us? Why isn’t He acting? I know these are questions each of you have asked at one point or another because they are questions I have asked too. You might even be asking these questions now, especially given the difficult days in which we find ourselves.

At the core of these questions is the idea that God is distant because He has not immediately delivered you from the difficulty you are experiencing at the moment. But does a lack of immediate deliverance mean God is not there? That He is distant and doesn’t care?

The Exodus serves as the primary motif of deliverance in God’s Word. The Exodus is a powerful deliverance motif because God delivers His people out of the hands of the powerful Egyptians, releasing them from bondage and slavery so that they might serve and worship Him as His own people.

What, however, is remarkable about the Exodus is that God did not act instantaneously nor did He act unilaterally. Look at the text with me:

“Then the Lord said, “I have surely seen the affliction of my people who are in Egypt and have heard their cry because of their taskmasters. I know their sufferings, and I have come down to deliver them out of the hand of the Egyptians and to bring them up out of that land to a good and broad land, a land flowing with milk and honey, to the place of the Canaanites, the Hittites, the Amorites, the Perizzites, the Hivites, and the Jebusites. And now, behold, the cry of the people of Israel has come to me, and I have also seen the oppression with which the Egyptians oppress them. Come, I will send you to Pharaoh that you may bring my people, the children of Israel, out of Egypt.” But Moses said to God, “Who am I that I should go to Pharaoh and bring the children of Israel out of Egypt?” He said, “But I will be with you, and this shall be the sign for you, that I have sent you: when you have brought the people out of Egypt, you shall serve God on this mountain.”

Notice, God tells Moses He has seen the affliction of the people in Egypt. He has heard their cries for help (vs 7). Seeing and hearing God has come down to deliver His people and to bring them to a favorable land (vs 8). But notice in verse 10 how He is going to deliver the Israelites:

“Come, I will send you to Pharaoh that you may bring my people, the children of Israel, out of Egypt.”

I will send “you”

Who is the “you”? It is Moses. God is going to send Moses to Egypt to deliver “my people”. Certainly, God is not sending Moses alone. Instead, God promises in verse 12 that He will be with him as he seeks to deliver Israel. What follows in the narrative is exactly that — God rescues the Israelites from Egyptian bondage through the work of Moses.

To be sure, Moses did not deliver Israel by his hand alone. If you have read the Exodus story in full, you know Moses was not alone. God was there and He worked in miraculous ways. But God worked through Moses’ interactions with Pharaoh and the people.

At times, God does perform miracles and He does instantaneously rescue those who are suffering, but what we see in the Exodus event and in other events throughout redemptive history is that God primarily works over a period of time and through those He has commissioned on His behalf.

Our God is a commissioning God

He commissioned Adam, Noah, Abraham, Moses, Joseph, David, etc to work and speak on His behalf. He has even commissioned us, Christians, in the Great Commission (Matt. 28). We are to tell others the good news in order to rescue mankind from slavery and bondage.

Our God is a commissioning God who primarily works through His people to rescue, discipline, encourage, bless, mend, uphold, etc.

The next time you are tempted to ask: Where is God in all this? Why is He silent? Why isn’t He working? Look around at the people God has recently brought into your life. Think about the conversations you have had with others.

God is present, He is not silent, and He is at work. Even though it might feel like it at times, God has not abandoned you. He is just not working in the way in which you think He should. Instead of working miraculously and unilaterally, God primarily works through the community of people with whom you are associated.