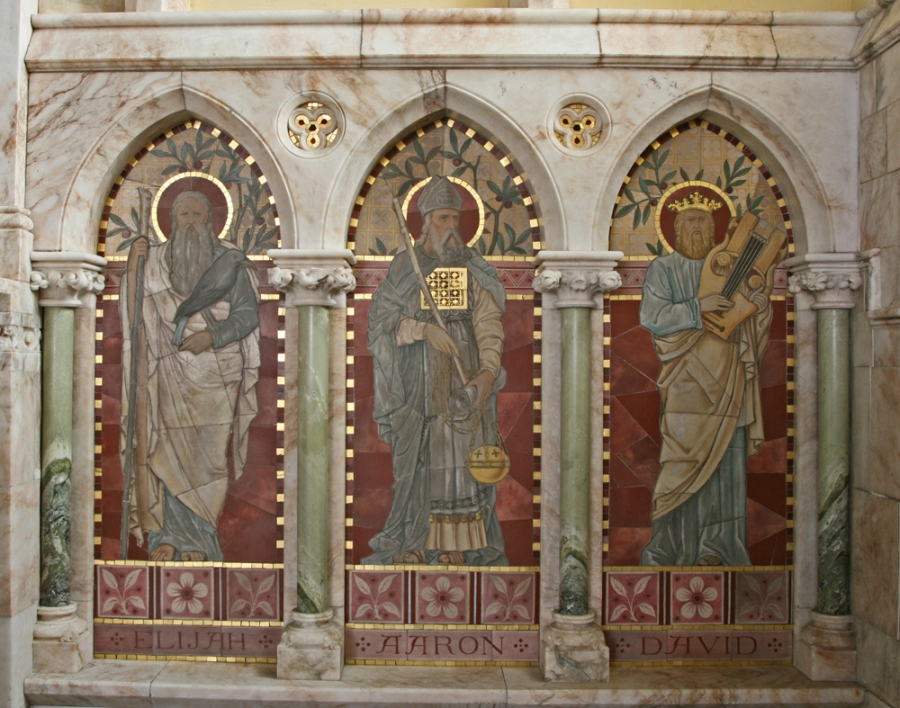 Before the ball dropped and the New Year started, I posted an article entitled: Jesus the True and Better Prophet, Priest, and King. In my next several posts, I want us to explore those roles in more detail. Today we start with Jesus as Prophet.

What Exactly is a Prophet and Why is Jesus Considered One?

A prophet is a messenger sent by God, who functions as the mouthpiece of God. In other words, they speak for God. The Bible is full of Prophets – Isaiah, Jeremiah, and Ezekiel, as well as Hosea, Amos, and Malachi are just a few that you will find tucked between the pages of Scripture.

The Prophets Had a Three-Fold Ministry

(1) They witnessed on behalf of God.

Meaning they told others about God — who He is, what He has done, what He promises, and what He expects. In other words, they speak to the people about God.

(2) They pointed out the sins of the people and called them to repent.

The beginning of the book of Isaiah offers a good example. Starting in verse 16 of chapter 1, Isaiah not only calls Israel out for their sins, but he invites them to repent when he says,

“Wash yourselves; make yourselves clean; remove the evil of your deeds from before my eyes; cease to do evil, learn to do good; seek justice, correct oppression; bring justice to the fatherless, plead the widow’s cause” (Is 1:16–17)

Isaiah, speaking for God, confronts the people with their sin and calls them to repent so that they could experience the blessings of the Lord instead of His judgment.

The message of the prophets wasn’t all gloom and doom. Again the book of Isaiah offers an example. In chapter 40, starting in verse 1 we read,

“Comfort, comfort my people, says your God. Speak tenderly to Jerusalem, and cry to her that her warfare is ended, that her iniquity is pardoned, that she has received from the Lord’s hand double for all her sins.” (Is 40:1–2)

So the prophets not only pointed people to God, preached against sin, and called others to repent, but they also proclaimed a message of pardon and forgiveness.

While the prophets proclaimed the good news from time to time, being a prophet was a tough ministry. If you think about it, and if we are all honest, we don’t like to be confronted with our sin. The prophets weren’t just confronting you or I — good church going people, but large populations of people who were not only made up of the righteous but the unrighteous; the commoner as well as the high-ranking official, who had a lot to lose if they were exposed. So one of the hazards of a prophet was being killed for your message.

When we think about Jesus’ ministry, His message and actions fit the description of a prophet well.

(1) Jesus came not only witnessing to God, but He is the Word of God.

(2) Jesus also proclaimed our need to repent and believe in Him.

(3) Jesus also proclaimed a message of pardon and forgiveness.

In that all familiar passage — John 3:16 — Jesus talking to Nicodemus says,

““For God so loved the world, that he gave his only Son, that whoever believes in him should not perish but have eternal life.” (Jn 3:16)

As well all know, Jesus’ ministry was tough. He was ridiculed, challenged, and ultimately killed just like the prophets of old.

Jesus’ ministry, then, fits that of a prophet.

The True and Better Prophet

Jesus, however, wasn’t just another prophet in the long list of prophets that had come before. Jesus is the true and better Prophet because He offers a message of complete forgiveness and reconciliation. He not only proclaims the good news; He Himself is the good news. He’s the One who has died in our place, offering Himself on our behalf so that we don’t have to suffer the wrath of God.

One thought on “What exactly is a Prophet and Why is Jesus Considered One?”