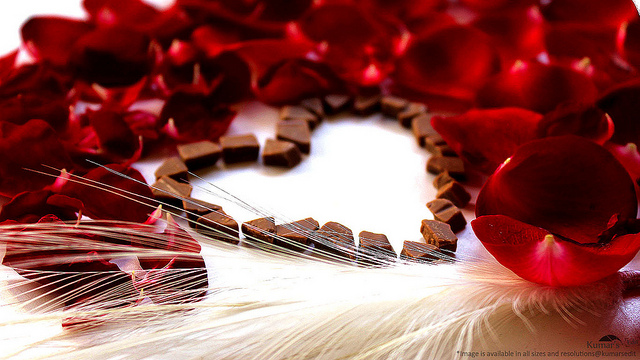 Sex isn’t a topic that’s discussed often in the church, if at all. It can even be a taboo subject among Christians. Something they do but definitely not something they discuss.

When we compare the church to the world, we see that there is quite a difference between the two. The world talks about sex constantly. Movies, T.V. shows, the news, articles, and conversations with friends are often dominated by the subject. I mean you can hardly watch a television show without some random comment or scene thrown in there that’s really unnecessary, and the only role it plays is just to glorify sex.

But why is there such a difference? Why don’t we talk about sex in the church? Especially when we consider that almost the entirety of one of the wisdom books — the Song of Solomon — is dedicated to the subject.

Now, the Song of Solomon isn’t without its controversy. Many have questioned why it’s in the Bible. It’s been kept out of the hands of teenagers and young adults. It’s been allegorized, historicized, and misinterpreted in an effort to diminish the raciness of the book. But while all that and more has occurred throughout the centuries, it still remains a valuable book.

At its core, it’s about a relationship between a king, presumably Solomon, and his wife. It tells the story of their courtship, wedding, and relationship thereafter. It does so with vivid poetic imagery that at times leaves us, modern-day readers, guessing at the meaning and wondering why the woman is blushing when in today’s terms his comments would be taken as more of an insult than a praise and would probably warrant a slap. But for all its difficulties, the Song of Solomon is inspired Scripture that teaches us about God’s desire for sex and relationships.

What, then, does the Song of Solomon teach us about relationships and sex?

That idea — that relationships and sex should only occur between a man and a woman — is fast becoming out of step in our modern world. But while the traditional view is fast becoming out of step, it is the biblical view. One that’s upheld in the Song of Solomon. When you read the book, the love story, including the intimate parts, are portrayed between a man and a woman. That is the relationship that is celebrated by the book. That’s the relationship God endorses and promotes.

Lest someone claim the Song of Solomon only represents one type of relationship, God’s explicitly clear in the rest of the Bible what He endorses. In Genesis 1&2 we learn that a man and woman were created. Verse 27 of chapter 1 reads,

“So God created man in his own image, in the image of God he created him; male and female he created them.” (Ge 1:27)

And in verse 28 we learn that:

“…God blessed them. And God said to them, “Be fruitful and multiply and fill the earth and subdue it, and have dominion over the fish of the sea and over the birds of the heavens and over every living thing that moves on the earth.”” (Ge 1:28)

“…a man shall leave his father and his mother and hold fast to his wife, and they shall become one flesh.” (Ge 2:24)

“…God gave them up to dishonorable passions. For their women exchanged natural relations for those that are contrary to nature; and the men likewise gave up natural relations with women and were consumed with passion for one another, men committing shameless acts with men and receiving in themselves the due penalty for their error.” (Ro 1:26–27)

God gave them up to these unnatural relations because of their refusal to recognize him as the one true God despite the evidence He has provided. He gave them up to homosexual behavior, which we are told in verse 32 is something that warrants God’s punishment.

You see, despite what our culture proclaims and trumpets as acceptable, the Bible tells us that it’s nothing more than an aberration, a departure from God’s original plan for creation. If those in our culture are honest, they know this too. They show they know that when they say things like: “This is the new normal.”

So one of the things we learn from the Song of Solomon is that God’s design and plan is for relationships and sex to occur between a man and a woman.

Post developed from my sermon What does the Song of Solomon Teach us about Relationships and Sex?

One thought on “What Does the Song of Solomon Teach us about Relationships and Sex? – Part 1”