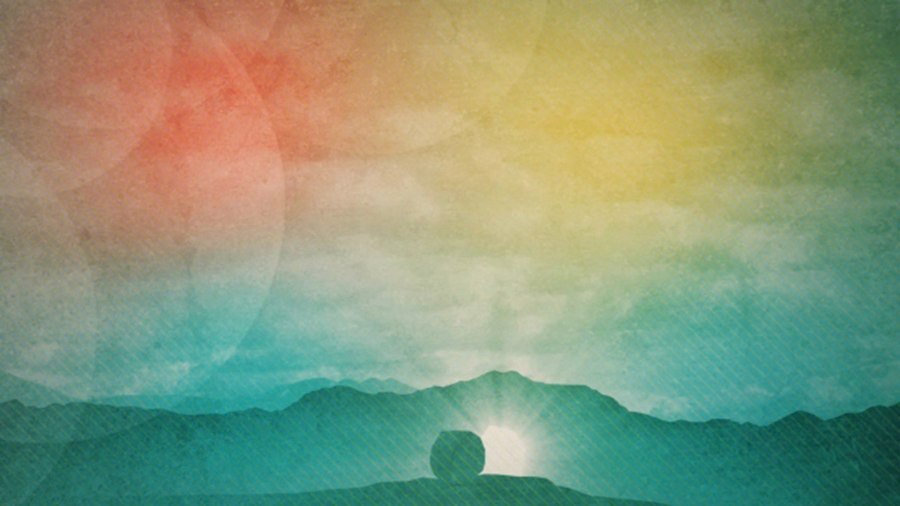 While it is true that Jesus was dead when He was placed in the grave, it was also true that the grave couldn’t hold Jesus. After three days, Jesus resurrected from the grave. Matthew recounts Jesus’ resurrection for us. As we look at Matthews account we learn that:

While Christians believe and profess the resurrection of Jesus as a reality, there are some who object to the idea that Jesus resurrected from the grave. They say that Jesus’ resurrection was a hoax. It was all made up by the disciples who came and stole his body away. But that is far from the reality of what happened. And there are several clues in the text that prove that theory to be false.

A. The grave Jesus was placed into was like a maximum security prison.

Back in chapter 27 and verse 60, we learn that it was hewn from a single stone. In other words, this tomb was carved into the side of a massive rock. Which meant that there was no backdoor that the disciples could use to sneak Jesus out. There was one way in and one way out. That entrance and exit were guarded by Roman Soldiers. Look at the text starting in verse 62,

“The next day, that is, after the day of Preparation, the chief priests and the Pharisees gathered before Pilate and said, “Sir, we remember how that impostor said, while he was still alive, ‘After three days I will rise.’ Therefore order the tomb to be made secure until the third day, lest his disciples go and steal him away and tell the people, ‘He has risen from the dead,’ and the last fraud will be worse than the first.” Pilate said to them, “You have a guard of soldiers. Go, make it as secure as you can.” So they went and made the tomb secure by sealing the stone and setting a guard.” (Mt 27:62–66)

Here we learn that the tomb was not only hewn from a single stone with no backdoor, but it was sealed with Pilate’s seal, which meant that stealing Jesus’ body would be a criminal offense.

Along with that warning, armed guards were placed at the entrance to the tomb. These were highly trained Roman soldiers, who weren’t lackadaisical about their jobs. Remember their lives were on the line so they would have fought anyone trying to steal Jesus body to the death. That tells us, then, that there was no way the disciples could have come and stolen Jesus’ body away.

The only entrance to the tomb was guarded by Roman soldiers. Though some of the disciples might have been burly guys, they were no match for these highly trained Roman Soldiers.

But as we continue into chapter 28, we see that they didn’t have to fight these soldiers to see Jesus again because Jesus resurrected from the grave. We know He resurrected because:

B. The two Mary’s saw the empty tomb and met the resurrected Jesus.

Look at the text starting in verse 1 of chapter 28 with me:

“Now after the Sabbath, toward the dawn of the first day of the week, Mary Magdalene and the other Mary went to see the tomb. And behold, there was a great earthquake, for an angel of the Lord descended from heaven and came and rolled back the stone and sat on it. His appearance was like lightning, and his clothing white as snow. And for fear of him the guards trembled and became like dead men. But the angel said to the women, “Do not be afraid, for I know that you seek Jesus who was crucified. He is not here, for he has risen, as he said. Come, see the place where he lay. Then go quickly and tell his disciples that he has risen from the dead, and behold, he is going before you to Galilee; there you will see him. See, I have told you.” So they departed quickly from the tomb with fear and great joy, and ran to tell his disciples.” (Mt 28:1–8)

So we see first that the two Mary’s saw the Roman guards frozen in fear, the stone rolled back, and the empty grave. As they drew closer, the angel spoke to them and told them that Jesus had indeed risen. But He hadn’t disappeared. They would be able to see Him again. He was headed to Galilee, and they were to go and tell the disciples to meet Jesus there.

On their way to go tell the disciples to head to Galilee, they encountered the resurrected Jesus themselves.Look at the text starting in verse 9,

“And behold, Jesus met them and said, “Greetings!” And they came up and took hold of his feet and worshiped him. Then Jesus said to them, “Do not be afraid; go and tell my brothers to go to Galilee, and there they will see me.”” (Mt 28:9–10)

The two Mary, then, not only saw an empty tomb, but they also met the resurrected Jesus. And the Jesus they met wasn’t a ghost or a spirit. He was flesh and blood. We know that because they not only bowed before Him in worship, but they grabbed hold of Him when they did. The last time I checked you can’t grab hold of a spirit or a ghost. We have eyewitness testimony, then, that Jesus’ tomb was empty because He had resurrected from the dead.

I believe the eyewitness testimony Matthew presents us with heightens the reality of this account. You see, women in Matthew’s day weren’t given a voice in society. They had no real rights. They couldn’t even be witnesses at a trial because their testimony was thought to be suspect. While that was true, Matthew doesn’t let that influence his account of Jesus’ resurrection. He doesn’t change the story by substituting men in for the women. Instead, he tells it just like it happened. I believe that adds even more credibility to his account.

But these two women’s testimony isn’t the only evidence we have. We also see that:

C. The soldiers testified to the resurrection.

“While they were going, behold, some of the guard went into the city and told the chief priests all that had taken place.” (Mt 28:11)

So as the two Mary’s were going to tell the disciples what had happened, some of the guards went to the chief priests and told them what they experienced. While their conversation isn’t documented word for word, we can be sure that they testified to the resurrected Savior. They saw the angel come down, roll the stone away, and Jesus walked out of the grave. They saw the two Mary’s come. I’m sure they heard the conversation the two Mary’s had with the angel. So while we don’t have the exact details of the conversation they had with the chief priests, I’m fairly certain they relayed these details to them.

What did the chief priests do with that information? Did they admit that they were wrong? Did they believe and become Jesus’ disciples?Not hardly. Instead, they instituted a massive coverup. Look at verse 12,

“And when they had assembled with the elders and taken counsel, they gave a sufficient sum of money to the soldiers and said, “Tell people, ‘His disciples came by night and stole him away while we were asleep.’ And if this comes to the governor’s ears, we will satisfy him and keep you out of trouble.” So they took the money and did as they were directed. And this story has been spread among the Jews to this day.” (Mt 28:12–15)

So they came up with a story. One that at face value might be believable but when you dig in just a bit you find it’s not. You see, the soldiers would have slept in shifts if they slept at all. They were only going to be posted there for a couple of days. It’s hardly believable that they would have slept through the disciples moving a massive stone and taking a body out of an unfamiliar tomb in the dark. One of them was bound to wake up, even if they all did go to sleep. So their story is hardly believable, but it circulated and many believed it.

As we continue in the text, we that the two Mary’s and the soldiers weren’t the only ones who saw the resurrected Jesus. At the end of chapter 28,

The end of chapter 28 pictures the disciples encounter with Jesus before He ascended into heaven. Meeting with them, He gave them a commission. He told them to take the good news of His life-saving death and resurrection to the world. And you know what? They did that. They went from Jerusalem to the end of the Roman world to tell people that Jesus was their Savior. That on the cross He suffered the punishment that we all deserve.

You see, as sinners, we deserve to be punished by God. But God loves us, so He makes a way for us to escape His wrath by sending Jesus to take our punishment for us. And when we believe that Jesus did suffer in our place, when we believe that He is our Savior, when repent or turn from our sin, from a life lived in rebellion to God, when we do that, we experience a saving relationship with Jesus. His death becomes our death; His resurrection becomes our resurrection. This is the gospel message that the disciples took the world, which is the same gospel we proclaim today.

The reason they spread the good news even though it cost them was that they were confronted with the reality of the resurrected Savior. You see, if Jesus hadn’t raised from the dead, and if they didn’t believe He was their Savior, it would have been ridiculous for them to spread this message because they would have suffered for no reason. But their suffering wasn’t in vain because Jesus is the resurrected Savior.

So we see, then, that Jesus’ body wasn’t stolen from the tomb by His disciples as the Jews and many others claim. Instead, He walked out as a resurrected Savior. The two Mary’s, the Soldiers, and the Disciples all testify to that fact.

Next time we will look at how we should respond when confronted with the death, burial, and resurrection of Jesus.

Post adapted from my sermon: Was Jesus’ Resurrection an Illusion or a Reality?