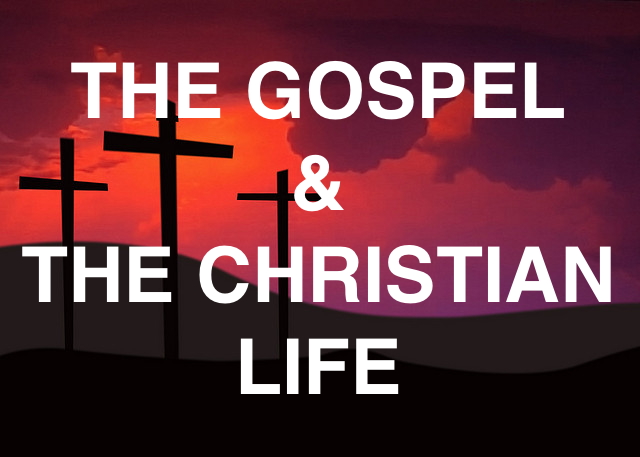 Over the next several weeks we are going to follow the story line of Scripture from Creation to Jesus’ return in an effort to deepen our understanding of the Gospel and how Christians are to live after they have professed Christ as Lord and Savior.

To better understand the gospel, the good news about Jesus, we first need to understand who God is. The answer to this question begins at creation.

Genesis 1:1 tells us God created everything, which means the world as we know it did not exist before God spoke it into being. There was absolutely nothing. God took nothing and created something just by speaking.

God’s way of creating is different than ours. Everything I have ever made — a dog house, a model airplane, an erupting volcano for my elementary school science project — I made from material already in existence. God, however, took nothing and created something.

When God created the world, He didn’t have any help. John 1:3 tells us,

“All things were made through him, and without him was not any thing made that was made.”

So God didn’t have any help when He created the world. He didn’t call his friends or family over. He created it alone, which means no one else or any other gods are responsible for creation.

The Owner Of It All

Since God created everything, He owns everything including you and I. As well as He has the right to rule over all things and use it all as He sees fit.

When I was a kid, I enjoyed going to the beach. One thing I would do at the beach is build a sand castle. You know the great thing about building sand castles? You are its king. As the king you can do whatever you want with it. You can play in it, look at, or you can do what I like to do — destroy it. There is nothing better than plowing through a nicely built sand castle, except maybe getting in the ocean to wash all the sand off.

God’s kingship and right to rule is like ours, except on an infinitely greater scale. He not only has the right to rule over a sand castle, but all of creation.

Our Response to God’s Kingship

Since God is our Creator and King, we should worship and obey Him. Revelation 4:11 says,

““Worthy are you, our Lord and God, to receive glory and honor and power, for you created all things, and by your will they existed and were created.”” (Re 4:11)

Worshipping God means we show a deep respect and love for Him. We worship Him by praising Him, as well as by exalting or holding Him in high regard. When you come to church on Sunday, you do all these things. You praise God by singing of His attributes, abilities, and actions. As well as you hold Him in high regard by reading, studying and learning from His Word.

Not only should we worship, by praising and exalting God, but we should also worship Him by obeying Him. Obeying God means we think, do, and act as He wants. In other words, we live according to His will.

How do we know God’s will?

So How and Where Do Humans Come Into the Creation Picture?

After God created the world and everything in it, including the first human – Adam. He placed Him in the garden (Gen. 2:8). After some time, He created Eve to be Adam’s wife and helper (Gen. 2:18-25).

While in the garden, Adam and Eve had a relationship with God. One that was perfect and unblemished. Genesis 3:8 suggests they would gather in the garden with God.

The world in which they lived was perfect. There was no sickness, disease, pain, hardship and so on. It was, as God said, “good” (Gen. 1:31). Everything existed in perfect harmony.

9 thoughts on “The Gospel and the Christian Life – Part 1”