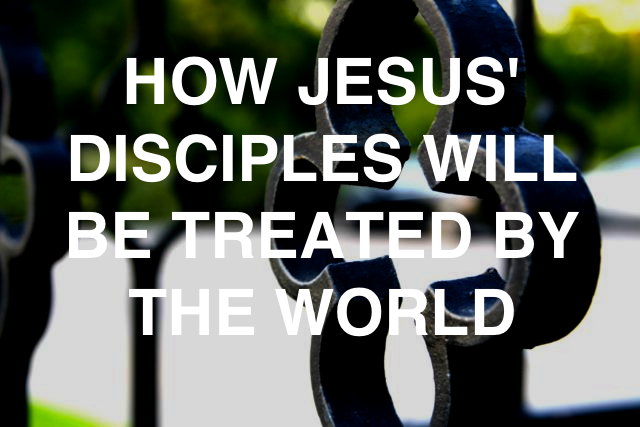 What can we expect when we take the gospel message to the world as a Disciple of Jesus?

Wolves are fierce protectors of their territory. If you have ever seen the movie The Grey you know what I mean. A group of men are traveling home from working in a remote Alaskan camp. A few minutes after take off their airplane goes down in the Alaskan wilderness. Instead of waiting for rescue, they set off in search of civilization.

As they do, they realize wolves are after them. One by one each of the surviving members are picked off, until one person is left. Without knowing it, their plane crashed at the edge of a wolf pack’s territory. Every step brought them closer to the wolves’ den.

As we go out to spread the gospel, we are entering wolf territory. Jesus sends us out as sheep. Sheep are natural prey of wolves. Like these men we too are hunted.

So as we go out with the message of the gospel, we are guaranteed to attract the attention of wolves. Wolves that don’t want us in their territory. Wolves that want nothing more than to take us out because we are spreading a message they don’t like.

In order to get rid of us, these men, these wolves will deliver us over to courts and synagogues.

Reading through church history, you find most of the disciples were persecuted, even killed at the hands of courts.

Paul, one of the churches greatest missionaries, suffered at the hands of authorities. He was held in Roman jails. Flogged numerous times. Five times he received thirty-nine lashes. Forty would have resulted in death.

Lest we are naive, persecution is beginning to happen in the United States. We may not be imprisoned or put to death for our beliefs, but we are consistently marginalized as our society marches toward secularism.

We may not face intense persecution in the States, but persecution exists. Disciples of Jesus can expect it to occur.

Divided loyalty may lead to persecution. Jesus speaks of family members handing each other over to be put to death. In some parts of the world this occurs today. Especially, in regions where Christianity is despised. Family members are disowned for professing Christ. In some cases, their life is sought by their own family because they are seen as an enemy.

So as we spread the gospel, we can expect our own family members to turn on us.

When I lived in Fort Worth, I would talk to this one guy fairly often at the coffee shop. He was an atheist. If our conversation steered clear of Christianity, he was pleasant. As soon as we started talking about Christianity, however, a distinct change took place. Anger and hatred shone through in his tone and facial expressions. He hated Christ and those who followed Him, and it showed.

Hatred for Christ is not just reserved for coffee shop atheists. Listen to certain radio programs or read certain newspapers and you will find a hatred for Christianity exists in the media and larger culture.

It is only natural we be hated and criticized.

The gospel is offensive.

It tells us we are all sinners. Corrupt, broken, rebels who need to be fixed. Fixing we can’t do on our own. We can’t remove our own sin. No amount of good works, or sacrifices will do. We can do nothing to reconcile our own relationship with God.

Thankfully, we have Jesus. He is the only one who reconcile our relationship with God. He does so through the cross.

Until we admit we are sinners, repent and turn from that sin, admit Jesus is our Savior, we remain enemies of God. Until we recognize He took the punishment we deserve. Until we admit those things, our relationship with God remains broken. We face His punishment, His Wrath for all eternity.

Because our message is offensive, people hate us, which is what we can expect as Jesus’ Disciples.

After reviewing a list like this, no one can accuse Jesus of sugarcoating what His disciples should expect as they go out with the gospel. He doesn’t attempt to deceive anyone. He shoots us straight. He tells us the cost.

Post adapted from my recent sermon: How Jesus’ Disciples Will Be Treated By The World

2 thoughts on “How Jesus’ Disciples Will Be Treated By The World? | Part 2”