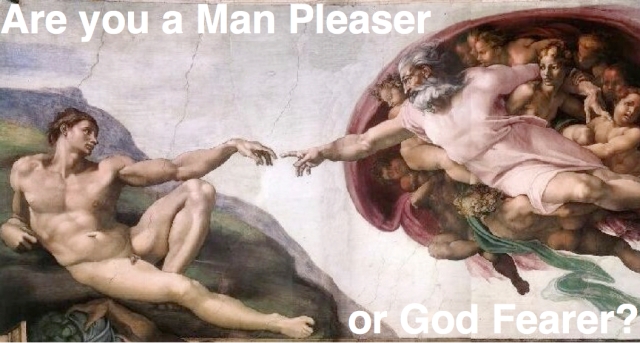 This week we continue our X-Ray Questions series, as we look at the question: Whose opinion of you counts? You can read the other posts in this series by clicking here.

From whom do you desire approval and fear rejection? Whose value system do you measure yourself against? In whose eyes are you living? Whose love and approval do you need?

When you lose God, you enter a jungle of distortion. You tend to live before your own eyes or before the eyes of others – or both. When you lose or take God out of the equation, what is left is to seek the approval of man, which will ultimately leave you wanting.

If we do not fight, we will compromise our convictions, not speaking up when we know Scripture speaks against a certain issue. When we remain silent on issues because we fear we will lose the respect of men, we are like the authorities who did not stand up to the Pharisees. John says,

The “social idols” which encompass approval and fear can take numerous forms:

Awareness of these “social idols” is the first step, but we must also ask God to reveal to us where we may be seeking to please others rather than Him. In other words, we must plead with God in our prayers to reveal to us if the opinion of man is an idol that is present in our lives.

If after we pray, God reveals to us that approval is an idol in our lives, we must repent and turn from that idol. We do so by realizing true approval comes from God alone. The approval man gives us is temporary and situational. We may have man’s approval one day, but the next day they may reject us because we have not lived up to their expectations.

In contrast to the world, those who have repented of their sins and professed Jesus Christ as their Lord and Savior will never be rejected by God. As a result, they should never fear the loss of God’s approval.

Why want believers be rejected by God?

Because God accepts us based on Christ’s cross work, not our own work. When we believe in Jesus as our Lord and Savior, His righteousness is imputed to us, so that we too become righteous (2 Cor. 5:21). As those who are righteous, we are just as Jesus is even now in the world (1 John 4:17), meaning we are sons of God, just as Jesus is the Son of God. Those who are God’s children have nothing to fear. Instead they are to be confident on the Day of Judgment, knowing that God abides in them and they in God (1 John 4:15-18).

One thought on “X-Ray Questions: Whose opinion of you counts?”