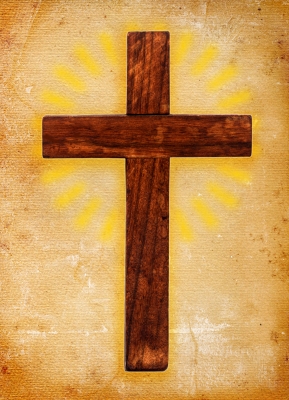 In order to eradicate injustice and poverty in the world many ideologies, or systems of ideas and ideals, have been put forth. Two notable ideologies as of late are Communism and Free Market Capitalism.

Whereas Communism (Marxist Form) supposedly eradicates all class lines and injustice by providing for the needs of its people through a centralized government, Free Market Capitalism puts power in the market, believing, when given free rein, human behavior will automatically drive toward that which is most beneficial for society [1].

In believing their respective ideology will fix societies problems, each party raises their system to a Messiah like status, arguing vehemently for their ideology, while demonizing the other. In raising their ideology to a Messiah like status, both camps believe they will fix society without any dependence on God or a moral code.

Trying to Fix Society With an Ideology Will Lead to Disaster

For one, each ideology serves as a “limited, partial account of reality that is raised to the level of the final word on things” [2]. With this mentality in place, no other ideology has the right or ability to provide an idea, thus blinding those putting forth their ideology to the negative attributes and effects of their own system, while at the same time handicapping themselves because they are too narrow-minded to seek answers outside their own ideological system.

In addition, those putting forth an ideology irrespective of God will always be blinded to the affects original sin has on people’s actions. Whereas their ideology may work in a perfect world or in books, they are quick to forget we live in a world corrupted and marred by sin, one where people function much differently than one would hope. The oppressive states of Russia, Germany, China, and North Korea, as well as the world’s financial crisis of 2008-2009 are just a few indicators that sin throws a major wrench in the initial thoughts of a utopian society created by a particular ideology [3].

Thus, given the blindness of those putting forth their ideology to its negative affects, and the fact that those putting forth one of these particular ideologies are attempting to fix society without any regard for God, an universal moral code, or original sin does nothing more than insure their failure to solve the problem of injustice and poverty.

Read what C.E.M Joad, a leading British agnostic philosopher turned Christian after WWII has to say,

The view of evil implied by Marxism, expressed by Shaw and maintained by modern psychotherapy, a view which regards evil as the by product of circumstances, which circumstances can, therefore, alter and even eliminate, has come to seem [in light of World War II and atrocities by both Nazis and Stalinists] intolerably shallow… It was because we rejected the doctrine of original sin that we on the Left were always being disappointed, disappointed… by the failure of true socialism to arrive, by the behavior of nations and politicians…above all, by the recurrent fact of war [4].

“Do nothing from rivalry or conceit, but in humility count others more significant than yourselves. Let each of you look not only to his own interests, but also to the interests of others. Have this mind among yourselves, which is yours in Christ Jesus, who, though he was in the form of God, did not count equality with God a thing to be grasped, but made himself nothing, taking the form of a servant, being born in the likeness of men. And being found in human form, he humbled himself by becoming obedient to the point of death, even death on a cross. Therefore God has highly exalted him and bestowed on him the name that is above every name, so that at the name of Jesus every knee should bow, in heaven and on earth and under the earth, and every tongue confess that Jesus Christ is Lord, to the glory of God the Father. ”  (Phil 2:3-11)

Here is the catch though, men are not going to serve others, counting them more important than themselves and take up the self-sacrificial attitude and actions of Jesus, unless their hearts are changed and sin no longer has dominion over them. Imposing a system or ideology on society without any regard for the corrupting affects of sin will always lead to failure, but exposing a man’s heart to the gospel will lead him to be humble and self-sacrificial, even to the point of death.

So then, the answer to solving the world’s problems of injustice and poverty should not begin with an argument for Communism or Free Market Capitalism because both systems, to their detriment, neglect the corrupting affects of original sin; rather, it should begin with the proclamation of the gospel. For the gospel alone is the only thing that can deal with the real problem behind injustice and poverty, which is the problem of sin (Rom. 3:23).

4 thoughts on “How Do We Eradicate Injustice and Poverty?”