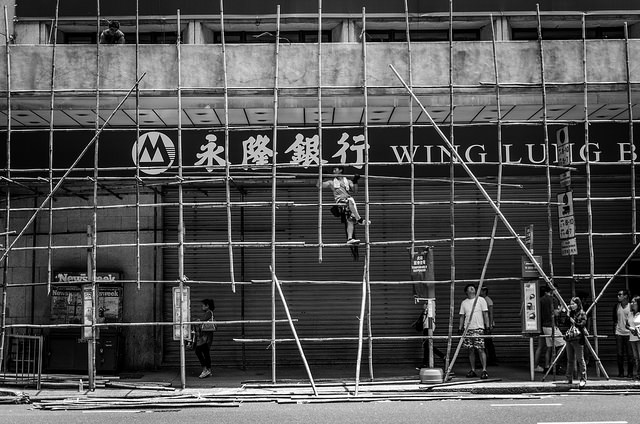 I just finished preaching a series over the Genesis 1-12. In the last chapter — Genesis 12 — we encountered Abram (Abraham). He is a great example of someone who had to trust that God would use him.

Remember the promise God made Abraham — to make him into a great nation. That is a great promise to hear and believe if you already have a large family of 10 kids.

However, consider Abraham, he is 75 years old and doesn’t have any children. In Genesis 11:30, the text tells us:

Sarai’s barrenness wasn’t for lack of trying. Abraham and Sarai weren’t late bloomers who married later in life, nor did they use birth control. In fact, according to Jewish custom, they probably had been married since they were 13 or 14, which means they had been trying to have kids for 60 years without any success.

So when God told Abraham that a great nation would come from Him, he had to really trust that the Lord would use he and his wife, because so far they hadn’t produce one child, let alone an entire nation.

In the same way we have to trust that the Lord will use us to advance His Kingdom. Trusting the Lord to use us sounds a lot easier than it really is. There are a lot things that have the potential to hinder us from believing God will use us to bring another to faith in Jesus.

(1) For some that might be your knowledge of God’s Word. Maybe you don’t believe you know enough to talk with someone else about the gospel, or you are concerned you won’t be able to answer their objections.

(2) For others that might be your past. Maybe your past was hard and difficult. You were known as a trouble maker. Maybe you even spent some time in jail. Now you can’t imagine that anyone would listen to you.

(3) Still for others it might be your ability to connect with others. Maybe you are different than those you live around and you can’t imagine how God could use you to speak into their lives.

These are the end-all-be-all of hindrances. There are many other things that may hinder us from believing God will use us to expand His kingdom.

Believing You Can’t Be Used is a Lie

However, believing you can’t be used by God to further His kingdom is a lie. Starting in 1 Corinthians 1:27 Paul writes,

One thought on “Trust God Will Use You”