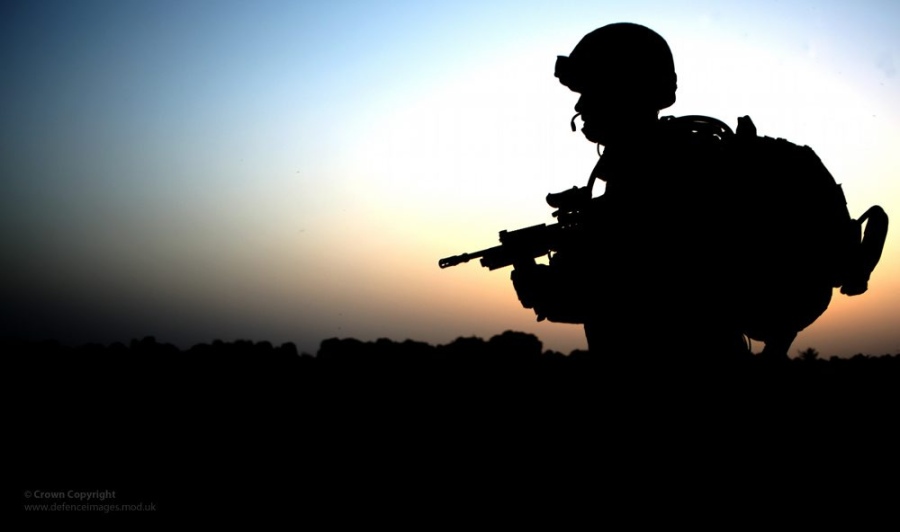 Like most schools, Southwestern Seminary in Fort Worth has a security staff that patrols the campus 24 hours a day. One of my good friends worked for them for a while. Since he was the low man on the totem pole, he had to work the night shift, which is not really conducive for a seminary student taking classes during the day, but he took the job anyways.

At night my friend had to patrol mostly by himself. As he did, he told me he always had to be watchful, never letting his guard down because he never knew who or what he might encounter.

In the same way, Paul tells us we have to always be watchful, not getting too comfortable and letting our guard down. Instead we must always be aware of what is influencing us.

What influences should we be watchful for?

Everyday we are bombarded with messages on the tv, in the newspaper, and on the internet that have the power to shape our worldview — how we view or see the world. That’s a problem because as Christians, our worldview should be shaped by God’s Word, not by the culture’s word.

One way to avoid being influenced by the culture is to consistently run its messaging through the lens of the Bible. In other words, we must constantly check our culture’s ideas against that of the Bible’s. The only way we are going to be effective at checking the world’s ideas against the Bible’s is for us to know God’s Word, which is where we run into a problem. As senior research Professor David Wells says,

Every study on the internal life of churches shows that they are becoming increasingly less literate biblically. With that, our ability to judge where our culture is intruding upon our souls is diminished [1].

Wells’ research not only looked at new Christians, but seasoned Christians as well. His conclusion, then, is representative of both groups, which tells us that we don’t know the Bible as well as we should. In fact we are trending more and more biblically illiterate by the year. Our biblical illiteracy is the result of a lack of prioritizing God’s Word.

How should we response to Wells’ research?

We shouldn’t beat ourselves up over it. Instead, we should feel the conviction, repent, and then commit to making a better effort in prioritizing God’s Word in our lives.

As you read, write down questions your reading sparks, then spend some time later on answering those questions. Don’t get too bogged down in all the laws and genealogies you will encounter at the beginning of the Bible. If you find your eyes glazing over, just skim them while asking yourself, what characteristics do these laws reveal about God.

I am often shocked by what some Christian bookstores put on their shelves, and advertise front and center as you walk in the door. Just because a book is on the shelf of your local Christian bookstore, doesn’t mean it can be trusted. There is a lot of bad theology out there, which means we have to always be on guard. Every sermon, Bible study, tv or radio broadcast; every book, article, or blog could be an opportunity for bad theology to creep in, so we must keep our guard up.

As much as we would like to think that we will remain strong no matter the people we are around, it’s simple not true. If non-Christians are our only friends, we are going to be influenced by them. I know this first hand. When I transferred to the University of Georgia, I roomed with some great guys but they weren’t Christians. As a result, I started living and thinking like them.

In order to combat the influence of non-Christians in our lives, we need a solid support network of Christians. I say it like that because I don’t want you to get the impression that you should severe all relationships with non-Christians, because we shouldn’t. As Christians we can’t just gather in our holy huddles blocking out the world completely. We must have non-Christian friends. We are called to make disciples. If we don’t know anyone who isn’t a Christian, it is going to be hard for us to win people to Christ. So we must have non-Christian friends, but we must balance those relationships with a strong Christian support network, one that will hold us accountable and help us grow in God’s Word.

I include this as something we should watch out for because our actions reveal a lot about our heart. They can tell us if we are being influenced by God’s Word, the culture, the company we keep, or our own sinful flesh. So when it comes to our actions, we need to ask ourselves: Are we treating each other harshly, or with love? Are we acting self-centered, or selfless? Are we greedy, or generous? Are we practicing sexual immortality, or sexual restraint? Are we worshipping idols (the things of the world), or Christ?

Post adapted from my recent sermon: How can we live in the world, while living for Christ?

[1] David Wells, The Soul-Shaping Reality of the Gospel, an interview in Table Talk Magazine, January 2011.